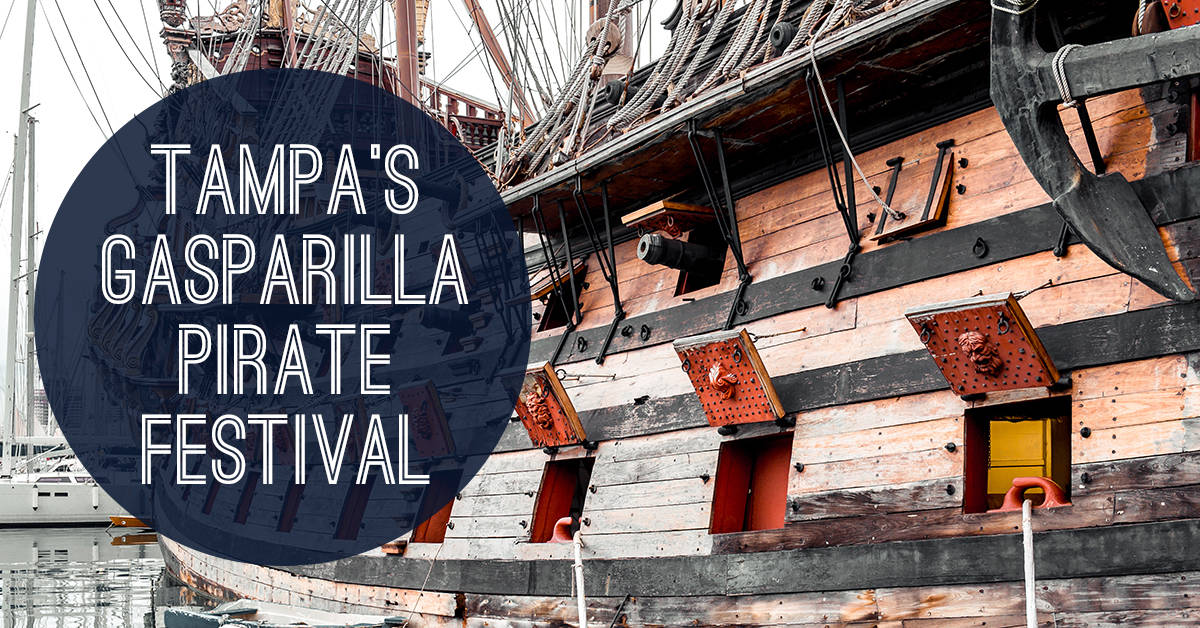 Since 1904, the Tampa community has celebrated Gasparilla Pirate Festival with a playful celebration that focuses on the legend of José Gaspar’s invasion of Tampa Bay. Inspired by stories based on José Gaspar, whether fact or fiction, Tampa’s Gasparilla Pirate Festival is an integral part of Tampa Bay’s culture. Fun, festive and exciting, Gasparilla brings crowds of people to the bay area and makes an economic impact of over twenty-two million dollars every year!

As legend goes, José Gaspar was a naval officer turned pirate after being exiled from Spain. Stealing away in the 1700s, Gaspar headed to the vast undeveloped coast of Southwest Florida to plunder and roam. Gaspar is said to have stolen his own ship the Floridablanca, which he used to terrorize Florida waters for four decades. Considered one of the last true Buccaneers, Gaspar ended his own life after being captured by the USS Enterprise in 1821. His last words before he tied himself in his ship’s anchor and jumped overboard were said to be, “Gasparilla dies by his own hand, not the enemy’s!”

Although there is no historical documentation to back up the legend of Gasparilla, Tampa Bay continues to celebrate his rise and demise with a festival each year during late January and early February. On January 30th at 11:30 a.m. over 700 pirates will invade Tampa Bay aboard the regal 165 foot long pirate ship, the José Gasparilla. Accompanied by a flotilla of hundreds of boats, the José Gasparilla lands ashore and attempts to steal the key to the city from the mayor. Afterwards, the pirates celebrate with a victory parade- invading the streets of Tampa!

Check out these insider tips on all the fun to be had at this year’s Gasparilla Festival at www.http://www.tampabay.com/things-to-do/events/all-in-a-gasparilla-2016-guide-and-insider-tips/2262818

A Tampa-based company founded in 2003, Metro Places is committed to bringing some of the most innovative technologies and amenities to home builders and home buyers. With the introduction of Connected City, ULTRAFi and Metro Lagoons by Crystal Lagoons, Metro Places continues to be the gold standard in the development of master planned communities. For more information, please visit MetroPlaces.com.